The British-built 100 Watt JVM210H™ head offers a more straightforward two channel preamp, Clean/Crunch and Overdrive, than the JVM410H’s™ four channels, for guitarists who prefer a more stripped down, ‘fewer frills’ approach. The two independent channels both have three modes. Each mode reconfigures the gain structure of each channel, making six modes in total, which can take you from ‘Plexi’/JTM45™ cleans through JCM800™ punch to modern high-gain tones.

The JVM210H is equipped with the same groundbreaking technology as its big brother, the JVM410H, featuring two studio quality Reverbs (one per channel), with individual channel EQ, two Master Volumes, and a memory that will recall your Reverb, FX Loop and Master settings.

The JVM210H uses Stompware® switching technology and comes supplied with a fully programmable, four-button footswitch which connects to the amp using a standard guitar lead, so you’re not restricted by stage size – and if your cable fails, it’s very easy to replace: ‘Clever…very clever.’ – Guitar Player Magazine 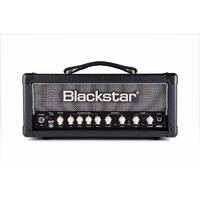 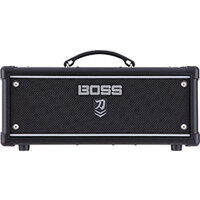