The JVM410C front panel looks mind boggling with its twenty eight controls and eight switches, but because it is intuitively laid out, it is remarkably simple to use. The JVM410H™ also features four studio-quality digital Reverb controls (one per channel), individual channel EQ, two Master Volumes, and a footswitchable memory that can recall your Reverb, FX loop and Master settings.

Our revolutionary Stompware® foot switching technology gives you unprecedented control of you setup, with straight switching or programmable switching. The six-button footswitch (supplied) connects to the amp using a standard guitar lead, so you’re not restricted by stage size – and if your cable fails, then it’s very easy to replace. Stompware technology was described by Guitar Player Magazine as: ‘Clever…very clever.’

Combining some of the finest Marshall sounds, the JVM410C has a vast tonal palette, taking you from ‘Plexi’/JTM45™ cleans through JCM800™ roar to modern high gain.

The JVM410C is loaded with a ‘Vintage 30' speaker and a Heritage speaker, both of which have unique characteristics that make them a perfect match, giving you the best of both sonic worlds. 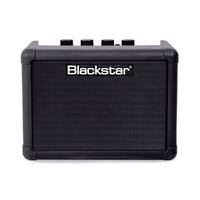